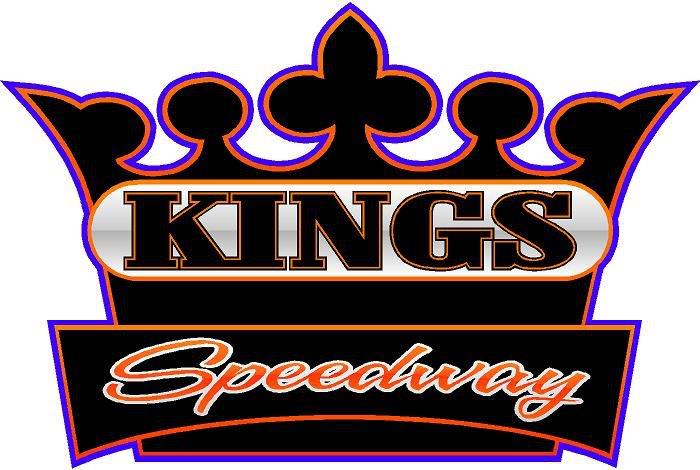 Hanford, CA – October 8, 2012…What started out in early-April will come to a close this Saturday night when the King of the West Sprint Car Series heads for the Central Valley to cap the 2012 season during the prestigious 27th annual “Cotton Classic” at Hanford’s Kings Speedway.

So far this season there have been sixteen King of the West Series events held, with eight different winners throughout the campaign, including Tim Kaeding, Jonathan Allard, Rico Abreu, Kyle Larson, Bud Kaeding, Brent Kaeding, Craig Stidham and Kyle Hirst. All of those drivers will be in action on Saturday for what looks to be one of the strongest fields of the year.

“It’s been a great year for KWS and the racing has just been phenomenal all season,” said Managing Director Dan Simpson. “The group of people we have behind us is second to none when you look at the teams, staff and fans that follow the King of the West Series. I really want to thank everyone for their support this season and hope all will come out this Saturday for the “Cotton Classic” at Kings Speedway.”

A big highlight for Saturday will be the return of local favorite Jason Meyers from nearby Clovis to a 410 Sprint Car in California, as he climbs behind the wheel of the Tarlton & Son Inc. No. 21m machine. The two-time World of Outlaws champion charged to victory at the 2006 “Cotton Classic” and is looking for more of the same on Saturday, as he warms up for next week’s “Trophy Cup” in Tulare. Meyers drove the 21m sprinter to a top-five finish at the Knoxville Nationals in August, along with a preliminary night victory.

Another former “Cotton Classic” champion looking to add a second cotton bail trophy to his possession on Saturday is Elk Grove native Kyle Larson, who will be at the helm of the Finley Farms No. 77 sprinter. The 2010 Golden State 410 champion captured the event that same season he claimed the series title and came in just his fourth ever start at Kings Speedway. Larson has put together another spectacular season, highlighted by a $20,000 score at the “Gold Cup Race of Champions” among a number of other victories.

Young rising star Rico Abreu will make his King of the West Sprint Car Series return at the “Cotton Classic” aboard the Abreu Vineyards No. 89 mount. The always exciting driver has won his two most recent starts with KWS, including triumphs at the Tulare Thunderbowl and his home track of Calistoga Speedway in May. Abreu has become a fan favorite around the country and should be fun to watch at the three-eighths mile clay oval on Saturday.

Campbell’s Bud Kaeding is also set to make his first series start since winning the “Pombo/Sargent Classic” at Kings Speedway in June at the helm of Brian Matherly’s No. 19 sprint car. The three-time USAC Silver Crown Series champion has tallied a trio of top-five finishes in his limited KWS starts this season and is always a welcomed addition to the roster. Kaeding will also be competing with the USAC West Coast Wingless Sprinters at the “Cotton Classic.”

A very intriguing part of the night is sure to be the fight to decide who will round out the top-five in the King of the West Sprint Car Series standings, which is currently held by Grass Valley’s Jason Statler. The former Golden State 410 champ has knocked on the door for his first win of the year a couple of times, including runner up finishes in two of the last six events. Statler was also the Pit Stop USA Hard Charger during the most recent KWS race held in Chico on August 18.

Hot on Statler’s heels however, is Sacramento’s Willie Croft, who sits only three-markers back in sixth. It’s a bit of de ja vu for Croft, as he went into the finale last season just six-points behind Statler for the fifth position. “Double Down” would ultimately go on to finish sixth in the standings after the final race in Hanford last year, but this time around he’ll be searching to change that and overtake the “Big Guy” at the “Cotton Classic” on Saturday.

Nipping at those two drivers happens to be Elk Grove veteran Bobby McMahan in the seventh spot, who is just nine-digits behind Statler for fifth in the King of the West Series standings. The former NARC Speedweek titlist spent much of the season among the top-five, but a tough finish at Silver Dollar Speedway on August 18 dropped him from fourth to seventh in the driver points. McMahan will be gunning for a strong night at the “Cotton Classic” to climb his way back forward.

The other close point battle is the fight for second in the driver standings between Scotts Valley’s Evan Suggs and National Sprint Car Hall of Famer Brent Kaeding of Campbell. Suggs holds the spot by only 13-digits and will look to secure the position for the second consecutive season.

As documented Chico’s Jonathan Allard has an almost definite lock on the King of the West Series driving title, as he holds a commanding 97-point lead over Scotts Valley’s Evan Suggs. It would be the third career state 410 driving title for Allard, who is also the defending “Cotton Classic” champion at Kings Speedway. The veteran wheel-man of the Williams Motorsports No. 0 has captured four wins so far this year with KWS and will be looking to make it number five on Saturday.

Fresno based Roth Motorsports has the car owners title in grasp for the second year in a row and will be featuring two cars at the “Cotton Classic” with both San Jose’s Tim Kaeding and Sacramento’s Kyle Hirst in action on Saturday. The No. 83 machine has used Kaeding in 12 events and Hirst in the other four. As a team they have claimed six overall wins with the King of the West Series. “TK” has claimed a KWS series-leading five triumphs, along with Hirst scoring a win at the Antioch Speedway on June 23.

The "Cotton Classic" will also see a fully loaded pre-race autograph session featuring Brent Kaeding, Tim Kaeding, Jonathan Allard and Craig Stidham. When you combine GSC & KWS all-time victories "BK", "TK" and "JA" happen to rank one, two and three on the career win list. Stidham in the past has captured the prestigious "Trophy Cup" and is also a former Rebel Cup Series champion in the Central Valley.

The talented foursome will be inside the front gate when it opens up at 5pm and fans are encouraged to stop by, say hi and pick up a free King of the West Sprint Car Series autograph poster. The first number of people through the front gate will also receive a complimentary program, so be sure and get to the races early. We will also have the KWS t-shirt shooter in full gear to finish off the season in style.

The front gate will open at 5:00pm on Saturday October 13 at the Kings Speedway, with qualifying around 6:30pm and racing around 7:00pm. Grandstand reserved tickets cost $25 for the “Cotton Classic” with general admission bleachers being $23. Tickets are on sale now and to reserve your seats simply contact the track box office at (559) 584-7223.

The Kings Speedway is located on the Kings County Fairgrounds in Hanford, California and the physical address is 801 S. 10th Ave. Hanford, Ca 93230. More information can be found at http://www.kingsspeedway.net or by contacting (559) 584-7223.