ALL PINK - ALL MONTH!

9/30/2021 -
October is going to be a huge month for racing at Keller Auto Speedway as well as the show of support for Breast Cancer Awareness! We encourage EVER

10/4/2021 -
We all know someone who has been or is affected by Breast Cancer. Show your support and raise awareness! THINK PINK! We are offering a way for you 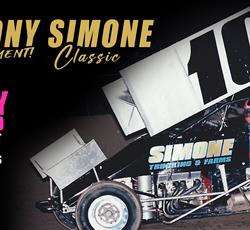 10/14/2021
Join us on Friday, October 29 as we celebrate the life of Anthony Simone, Mr. Excitement! Anthony “Mr. Excitement” Simone July 12, 1949 to January 17, 2021 Born in Fresno, Anthony was a lifelong resident who grew up on Kearney Boulevard. He was a proud almond farmer and...more 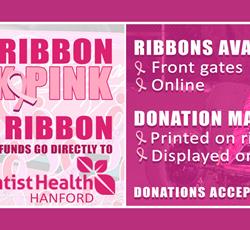 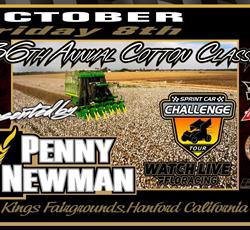 10/4/2021
We are proud to bring you the 36th Annual Cotton Classic, Friday, October 8th. This year it will feature the Sprint Car Challenge Tour Winged 360 Sprint Cars and the Kings of Thunder Winged 410 Sprint Cars. Making this a must-attend show at Keller Auto Speedway! The...more 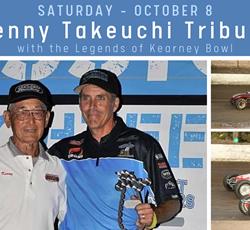 10/4/2021
This man was a legend in our sport... Kenny Takeuchi was a good friend... and a great announcer for our sport. We will be honored with the Legends of Kearney Bowl providing a tribute to Kenny Takeuchi on Saturday, October 9th. Tickets are available online or at the...more 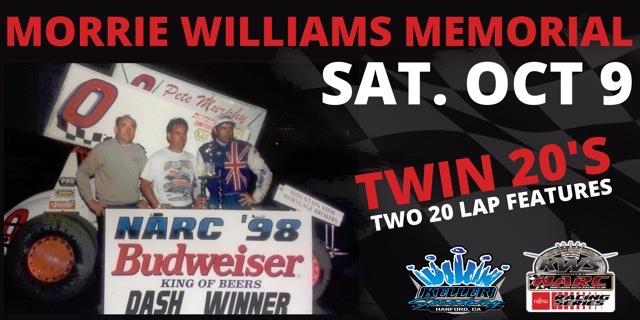 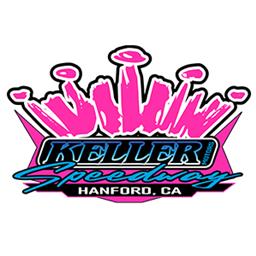 (10/4/21) Sacramento, CA … This weekend brings a unique event for the NARC-King of the West Fujitsu Sprint Cars with the second annual Morrie Williams Memorial Race slated for this Saturday October 9th at Hanford’s Keller Auto Speedway.

The event will be the second of two nights of racing at the 3/8ths mile with the Cotton Classic featuring the Sprint Car Challenge Tour 360 sprint cars and Kings of Thunder 410 sprint cars taking place on Friday night (10/8/21.)

Joining NARC-KWS on the second night will be the Kings of Thunder 360 sprint cars.

With the scheduled classes, Hanford is the place to be this weekend for any West Coaster who enjoys the sight and sounds of roaring winged sprint cars.

Saturday honors legendary West Coast car owner, Morrie Williams. Williams passed away two years ago after putting many of the sport’s best drivers in the seat of his notorious No. “0” over multiple decades. Among those to drive for Williams was none other than Keller Auto Speedway promoter, Peter Murphy.

The format Saturday night will showcase a pair of 20-lap Fujitsu General USA events. The second feature will be lined up based on a complete inversion of the first’s finish apart from lapped cars as a salute to Williams who preferred to watch a driver earn it with a charge from the back. Up for grabs will be more than $36,000 in prize money!

Each Fujitsu Feature is set to pay $3,200 to the winner creating a possible $6,400 payday to any driver who can pull off the sweep. The overall points champion will earn an extra $2,000 for their efforts. While points will be scored for both main events, only the first of the two features will award points toward the NARC-King of the West Fujitsu championship standings.

Scelzi leads the series into the weekend as he continues to close on his first NARC title. He carries a streak of nine straight top-five finishes and a 2.2 average finish over that span. The Fresno native owns a pair of King of the West triumphs at Keller Auto Speedway and has already won three races in Hanford this year.

A driver that may perpetuate the trend is Joel Myers Jr. The 15-year-old has continued to impress after finishing on the podium in just his second series start earlier this year. Myers Jr. seemed poised for another top-three run last Saturday in Hanford until an incident forced him to settle for 11th.

The gates will open at 4:00 P.M. with hot laps scheduled for 6:00 P.M. and racing to follow at 7:00 P.M. Adults will be admitted for $20. Seniors (ages 62 and up), Military (valid ID required) and juniors ages 6-17 will all be admitted for just $15. Tickets can be purchased either at the gate or via myracepass.com or the MyRacePass app.

Saturday’s race can be viewed live on floracing.com along with the entire NARC-King of the West Fujitsu Sprint Car schedule.